The deals cut between the European Union and Libya since the early 2000s demonstrate how the policy of externalisation of borders operates: all concessions, compromises and infringements of international conventions will be permitted for the sake of “exercising control over migratory flows”. Colonel Gaddafi was thus able to use migrants as bargaining chips with which to blackmail his counterparts, in order to carve out a place for himself amongst the community of nations. His downfall seems to have made orphans of European policy-makers. Eager to find new border guards, the latter are ready to fund the jailors of migrants detained in camps or thrown into the sea.

In the autumn of 2017, the “modern slavery” that had long been condemned by human rights defenders was revealed for the world to see in images broadcast on CNN. The French President, Emmanuel Macron, then decried these “Crimes against Humanity”. There is no doubt that crimes are being committed against individuals who are prevented from exercising their right to emigrate. First amongst these are the crimes perpetrated by the European authorities, which condemn thousands of would-be migrants to die at sea or pushes them back to Libya. 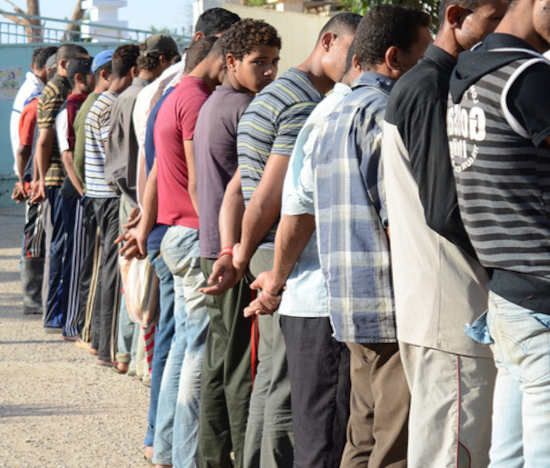