At what point does failing to assist a person in danger become a crime? How many deaths are necessary to constitute a crime against humanity? These questions have been raised for years in relation to the thousands of people who have died in the Mediterranean due to the lack of legal routes into the European Union (EU). Today, the increasingly serious situation of thousands of refugees, trapped by freezing temperatures in Greek camps and on the ‘Balkan routes’, directly challenges the choices made by the EU concerning its ‘management of migration flows’.

Last spring, to avoid taking in hundreds of thousands of refugees fleeing conflict in Syria, Iraq and other regions in crisis, European Commission officials and members of the European Council implemented a ‘hotspot solution’ which evidently failed to take into account meteorological variables: in winter, temperatures drop and the cold is intense, even on the Aegean islands deserted by tourists. Nothing more than tent camps has been put in place for refugees to be ‘stored’ in while forced returns are organised, considered by European officials and leaders as the best solution to resolve the ‘migration crisis’.

It is clear that the European Commission and EU member states never really believed in ‘relocation’, a measure intended to ‘relieve’ frontline countries (Greece and Italy) and prevent the hotspots from becoming lasting sites for the banishing of ‘undesirables’. In fact, whereas the stated aim is to transfer 63,000 people from Greece to other EU countries by September 2017, less than 8,000 people have so far been able to benefit from this measure.

As a result, around 15,000 people are currently imprisoned in the hotspots on the Greek islands, battered by wind and snow; thousands of others are stuck in a state of humanitarian emergency and extreme cold on the ‘Balkan routes’ cut off by EU member states and their allies. Yet people trapped in these hotspots are placed under the direct authority of the European agencies and officials who must ensure that these sites do not become places of death. They can do nothing to increase temperatures; putting an end to winter is not within the EU’s remit. However, closing the hotspots and organising access to long-term reception and residence is within the power of European leaders. It is on the basis of these tent camps disappearing beneath the snow that their criminal policy will be judged. 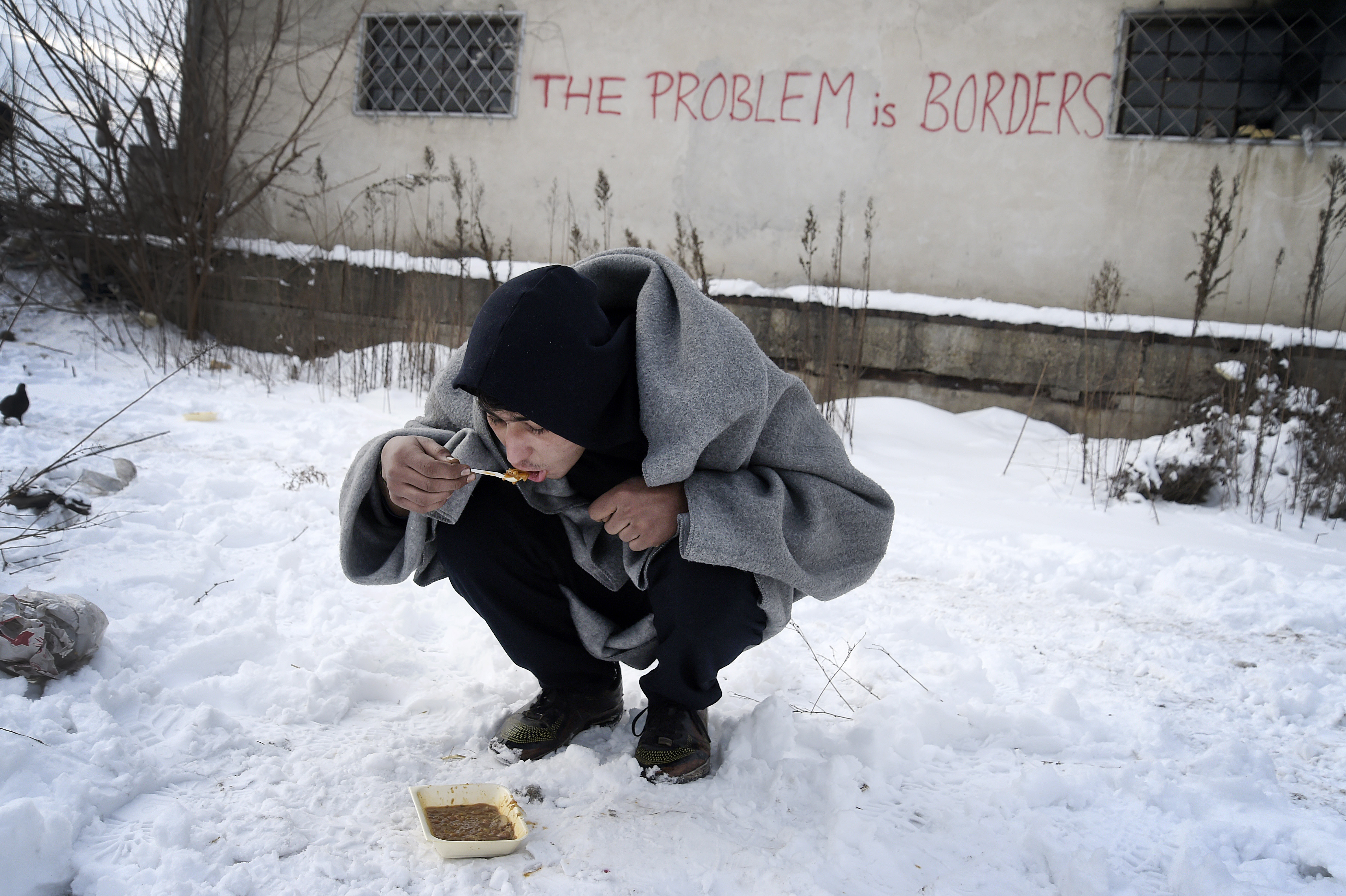