For seven nights and eight days now, refugees and asylum seekers have been demonstrating in front of the offices of the United Nations High Commission for Refugees (UNHCR) in Zarzis and Medenine, in the south of Tunisia. As more and more of them are being expelled from the accommodation centers, they have started to denounce their abandonment by the UN agency, which is supposed to provide protection.

Nearly 200 individuals – women, men and children – dare to make their suffering and their demands visible. They demand that authorities and the UNHCR respect their rights. Facing ever lengthier and increasingly uncertain asylum procedures, diminishing prospects of resettlement, the absence of legal support, recurrent violence on part of the authorities, the lack of job prospects, their expulsion from their homes makes this already dire situation and their great insecurity even worse.

Eritrean, Somali, Sudanese, and Ethiopian nationals are participating in the protests. Most of them passed through Libyan camps before trying to find refuge in Tunisia. But since the decision of the UNHCR and its partners to drastically reduce their assistance to the exiled people, they are left to fend for themselves in an unstable socio-economic situation and difficult political context, marked by growing racism. Many of them have no choice but to return to Libya, the dangerous country they were desperately trying to escape from.

In the face of this flagrant violation of rights, we call on the UNHCR to fulfill its mandate: to protect refugees, not borders! For several decades now, this UN agency has been playing into the hands of the worst security policies, keeping people further and further away from European borders in undignified conditions.

We express our solidarity with the exiled people who are standing up to demand the respect of their rights and dignity.

We call on authorities and the UNHCR to guarantee the protestors’ protection.

Freedom of movement for all! 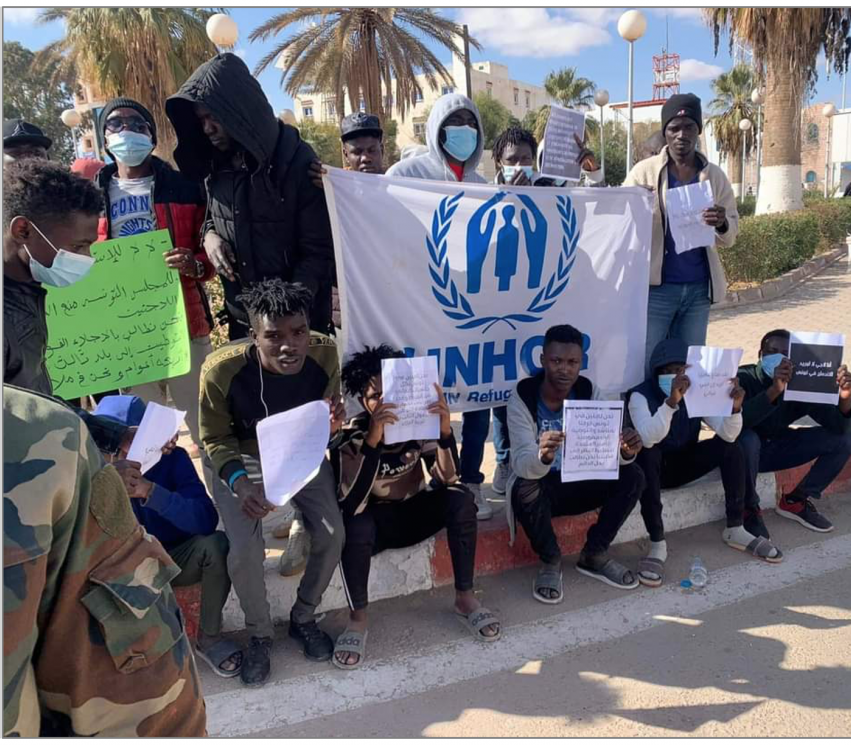