On February 2, 2022, the day of the fifth anniversary of the Memorandum Italy-Libya, ASGI together with several dozens of Italian, Libyan, African and European organisations, including Migreurop, publishes a document analysing and denouncing the effects of the Memorandum and launches an appeal to italian government and international organisations: the only way to protect migrants in Libya is the immediate revocation of the Memorandum.

The implementation of the Memorandum through substantial funding provided by Italy to the Libyan authorities resulted in the blocking of departures from the country. This has proven to be a favouring factor in the development of exploitation patterns, enslavement and violence, defined as crimes against humanity by the United Nations Independent Fact-Finding Mission.

At the same time, the measures envisaged to enable the legal exit of migrants from the country - evacuations, humanitarian corridors and resettlement - have proved grossly inadequate to ensure widespread access to rights and protection. Where the limited means available and lack of procedural safeguards shows the highly concessionary nature of these systems.

Often, joining ’voluntary’ repatriation programmes is the only way to escape violence and abuse, even when returning to the country of origin exposes people to the same persecution they escaped.

In the light of the experience of the last five years and of the wave of violence and repression witnessed in recent months, the signatory organisations, through this appeal call on:

● The Italian government to immediately revoke the Memorandum of Understanding, as the only viable option in the face of the structural impossibility of bringing about significant improvements in the living conditions of migrants and refugees in Libya and of guaranteeing them adequate access to protection, as demonstrated by the evolution of the situation in Libya.

● UNHCR and IOM, in accordance with their mandate to protect foreign nationals present in Libya, to express their adherence to the request for the revocation of the MoU, so as to avoid any risk of connection between the serious human rights violations stemming from the Memorandum and their own initiatives. See attached the appeal with the signatories. 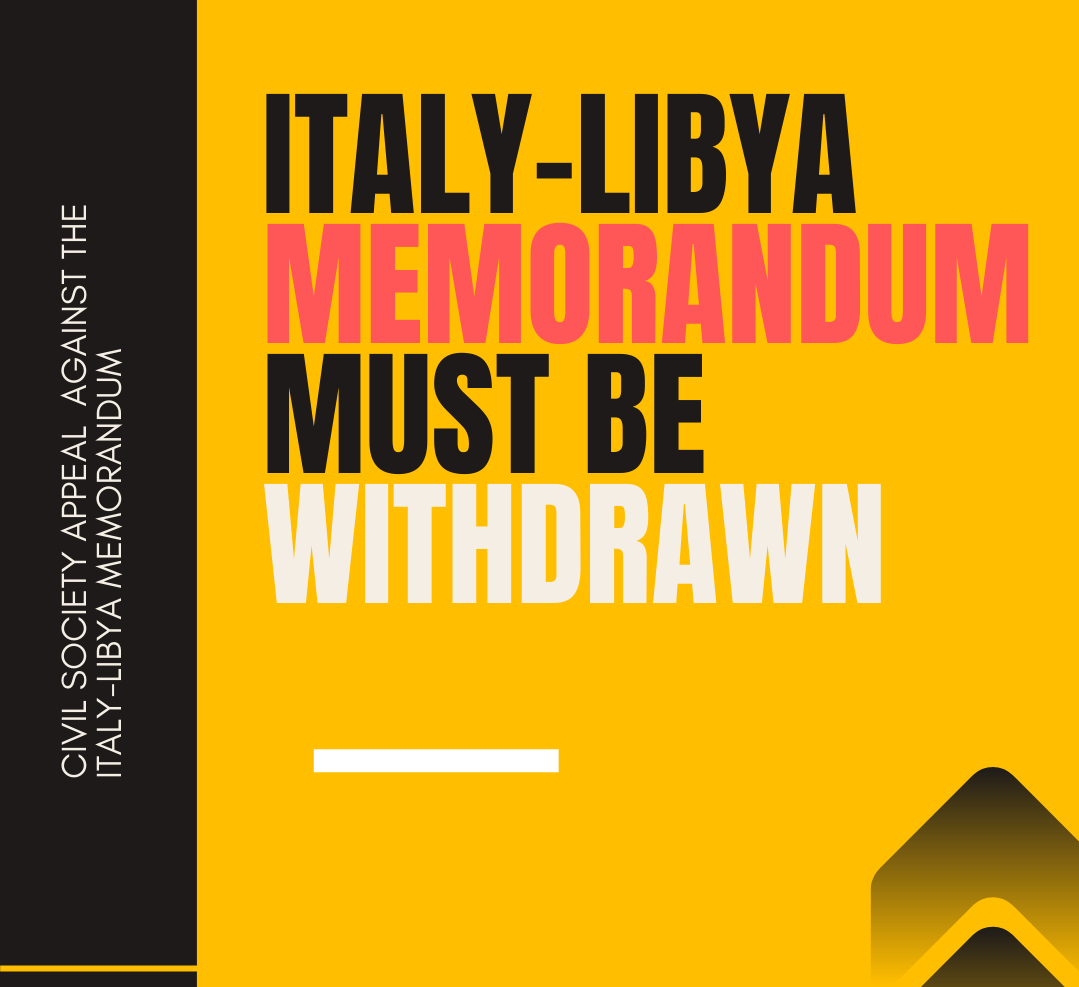