Since its creation, the Migreurop network has highlighted the harmful effects of the European Union’s border management policy placed in the way of people’s freedom of movement.

Yet, this freedom exists for a part of the world’s citizens who, by chance resulting from their place of birth, have a passport or obtain visas without difficulty that allow them to easily cross borders. Accepting that others should be denied this means approving the existence of a world with two tracks, entailing discriminations based on a relationship of political-economic domination by the so-called industrialised countries over the others.

Claiming the right to come, to go and to settle for everyone, woman or man, in the name of the principle of equality constitutes an indispensable corollary to the defence of the rights of migrants.

This is why, in continuity with its activities and struggles, Migreurop demands since 2013 the effective implementation of freedom of movement, as a means for social change for the sake of a fairer and more equitable model of society.

* See our position paper on freedom of movement (2013)

Video directed by Gorille, with the support of Thanks for Nothing. 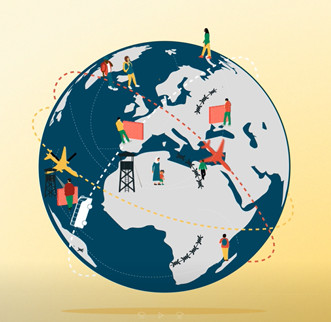