Anyone interested in migration issues as covered by mainstream media will perceive the United Nations High Commissioner for Refugees (UNHCR) as an NGO; in reality, the UNHCR is a UN agency with more than 85% of its budget originating from country contributions. The agency’s opinion is often used as a counter-narrative to anti-refugee discourse. Communication is of major interest to the UNHCR, which often sollicits the general public for donations.

The UNHCR’s external communication – to be relayed in the media - maintains a soft touch on any content potentially shocking to its main donors. This translates into un(der)reporting of certain aspects of its work which requires deciphering. In February 2020, for example, the UNHCR reacted to the critical situation facing refugees maintained in the Greek hotspots, calling for ‘decisive action to end alarming conditions on Aegean islands.’However, the word ‘hotspot’ is never used in the statement: the UNHCR opted for the notion of ‘reception centres’ instead. It is also worth noting that while reminding the Greek government of its responsibilities, the statement omits to mention those of the European Union (EU), despite the EU creating the ‘hotspot approach’ in 2015, which has involved the UNHCR since its inception. In early 2020, the UNHCR’s spokesperson resorted to a similar obfuscation when explaining that ‘Libya is neither a safe nor an asylum country’ [unofficial translation]: although she hinted at the chaotic political context in the country in the interview, no mention was made of the efforts by European countries for many years to stop exiles from fleeing by sea, thereby leaving them hostages of the militias.

Torn between its mandate and its donors’ demands, the UNHCR cannot be considered a whistle-blower or even a humanitarian actor. Its very presence in the Greek islands as well as in Libya is directly connected to its participation in the distancing and filtering of exiles which is promoted by the EU. As a consequence, the sporadic and inconsistent alerts by the UN agency are not really helpful to men and women who no longer seem to be protected by the Geneva Convention.

The Brief, as well as the statistics that made it possible to draw up the map on the central page, are available below. 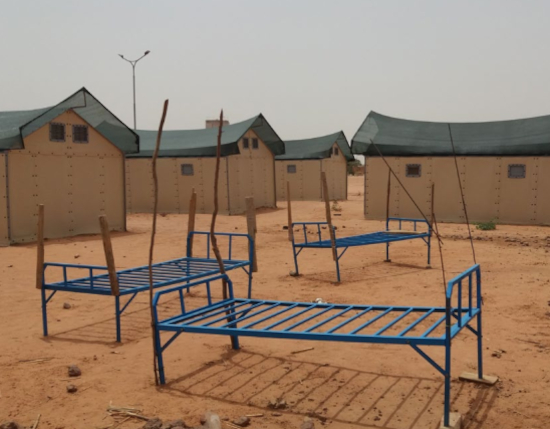