On 10 October 2016, Niamey welcomed German Chancellor Angela Merkel with pomp and ceremony. She made no secret of the fact that “security” and “immigration” were her two main concerns. Her purpose was to implement the endlessly repeated “recommendations”: Niger, a “transit country” should receive support in order to play its part as migration filter. Programmes to “reinforce local institutions” would make it possible to clearly distinguish between “refugees” – to be protected in situ – and “migrants” to be “escorted back” to their “countries of origin”. In other words, as the French president recently said, Niger and its neighbours (Libya, Chad, etc.) should yield, allow their country to become a territory of camps and accept their role as hotspot (see Brief #4). The neo-colonial underpinnings inherent in this view of Euro-African relations has led the highly accommodating Niger authorities to remind us that the interests of their nationals and their national sovereignty deserve greater consideration. These intergovernmental negotiations are still ongoing, whereas in Libya deals are struck directly with the heads of militias who are willing to play jailor, provided they can get their hands on the funds doled out to the border guards of the European Union (EU). 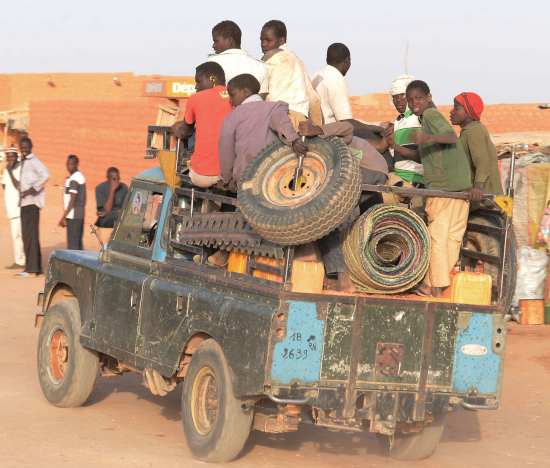