Many observers see in the politics of the European member states a profound divide between the ‘old Europe’ and the so-called Visegrad group, composed of Hungary, Poland, Czech Republic and Slovakia. In their view, Viktor Orbàn’s xenophobic campaign against the ‘enforced relocation of non-Hungarians in Hungary’ supported by 98% of voters highlights this division, notwithstanding the small turnout (40% of registered voters) in the vote of October 2. The reluctance of Visegrad countries to receive refugees is supposedly out of step with the EU ‘values’. Yet, despite their election speeches and populist anathemas, the leaders of these states are inspired by the same dominant European principles of border control: denial of freedom of movement for those seeking asylum, and the aim of keeping exiles at an ever-greater distance from the Schengen area, preferably in detention.

Visegrad countries were not alone in protesting when, for a few weeks at the end of 2015, Germany and Austria opened their borders to exiles taking the ‘Balkan routes’. This welcoming policy, which broke with all European rules regarding asylum, resulted in a real panic in the heart of the EU and in various member states. Last February, the French prime minister publicly scolded the German chancellor when he said during a visit to Munich, ‘We can take no more refugees … The time has come to put into effect what has been discussed and negotiated: hotspots, controls at exterior borders, etc.’ Manuel Valls thus reminded us how, for more than 20 years, the EU has trampled over the founding principles of the right to asylum.

It is a fact that the EU subordinates the right to asylum to border control, barring exiles access to asylum procedures in line with the Geneva Convention and international agreements. European rules – notably the Dublin regulation – result in concentrating exiles in ‘countries of arrival’ where their rights are not respected. Once the German borders had been closed again and the chancellor had returned to positions long shared by her European partners, condemnation could be directed at the Italians and Greeks, who were said to be incapable of ensuring the ‘security’ of the EU and of facing up to the ‘migrant influx’. A hotspots policy promoted by the European Commission since the spring of 2015 and progressively implemented from February 2016 was presented as the solution to the ‘migrant crisis’: dispatching European officials and opening camps for the identification and sorting of exiles on the Greek islands and in Italy would enable an increase in the expulsions of boat people. Recognition of Turkey as a ‘safe country’ and the agreement concluded with Recep Tayyip Erdoğan in March 2016 were in pursuit of these aims. For months the Commission had argued in favour of an increase in the number of ‘returns’ and for more cooperation agreements with countries of ‘transit’ and ‘departure’.

The policy of ‘relocation’ – that is, the provisional rules concerning the distribution between EU member states of asylum seekers arriving in Greece and Italy – was a deception intended to conceal the logic of hotspots. On 26 September 2016, only 5,600 people – less than 10% of the number originally envisaged – had been ‘relocated’. On the same day, more than 60 000 exiles were confined to life in the Greek camps, where conditions are universally criticised as inhumane. The number of ‘relocations’ is likely to decline in coming weeks. Soon after its start, this initiative has run out of steam.

In July, the UN High Commissioner for Human Rights was alarmed about the Aegean islands becoming ‘vast zones of forced confinement’. For months, European policy has manifested itself in all its inhumanity. Having turned the Mediterranean Sea into a mass grave where over 4,000 people have died since the start of 2016, the European policy is transforming Greece into an archipelago of detention camps.

The situation shocks the defenders of human rights. But it also worries many heads of states who would rather be overseeing the creation of enclosed areas outside EU borders. Revisiting the proposal that Tony Blair, the UK ex-prime minister, made in 2003, Viktor Orbàn stated on 24 September that ‘big refugee camps should be set up outside the EU, financed and guarded by it’, to which migrants should be transported and where they should be ‘obliged to stay while their asylum applications are considered.’ His words must be taken seriously. Hungary may have been the first country in the Schengen area to literally wall off some of its borders, but its example has since been copied, notably by the French and British.

‘Putting up fences for people where we would would not do the same for animals, that is not respecting European values,’ said Laurent Fabius, then foreign minister, when Hungary set out to construct the ‘anti-migrant wall’ along its border with Serbia. But the promotion of a world of camps and walls is not just the project of the Hungarian leader. It is also the dominant feature of migration policy pursued by the EU and its member states for 20 years, and the consequences are now apparent.

This article is also available in Bulgarian, French, Greek, Italian, Serb, Spanish, as well in Macedonian and Croatian in attachment.

In collaboration with Migreurop’s members and partners, this article was released in the following media outlets: 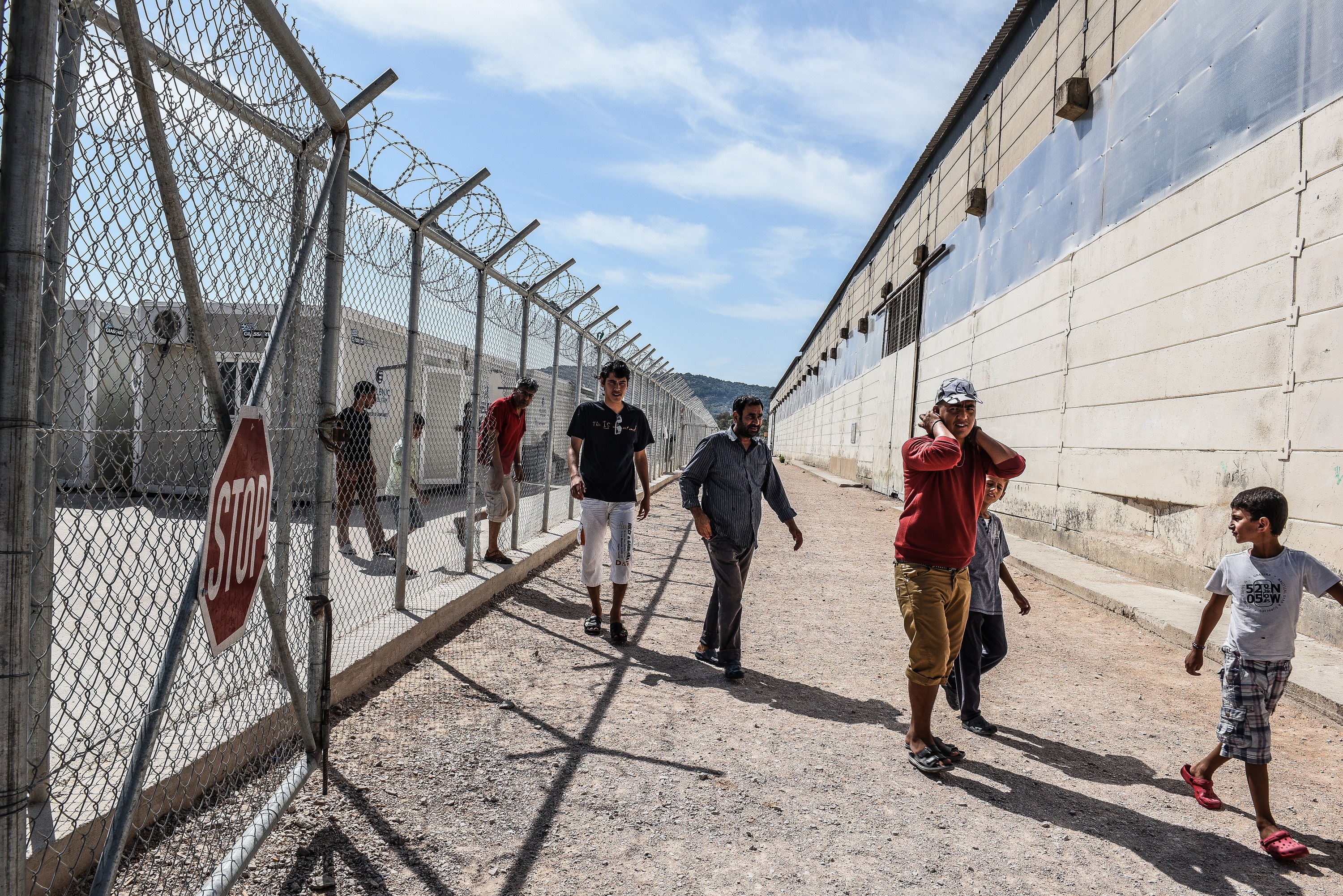