Hotspots are generally presented as a key component of the European Union (EU)’s response to the “migration crisis”, but the meaning of this expression has yet to be defined.

For those who support an essentially restrictive European asylum policy, a “crisis” occurs when large numbers of exiles arrive in the EU. If they manage to enter, the Community structure must be reinforced by further restricting entry into countries where they might benefit from the rights safeguarded by the 1951 Geneva Convention.

As conflicts multiply at the borders of Europe, member states are closing access routes to exiles instead of hosting and protecting them as they should.

In late summer of 2015, a few countries tried to break away from this logic by opening their borders to people who until now were facing deliberately impenetrable security systems.

Europe quickly called these countries to order and requested them to focus on camps and new border guards rather than secure access routes and mobilizing civil society.

For the EU, the migration policy “crisis” is not measured by the thousands of migrant deaths, but rather by the number of people who have managed to brave closed borders in order to assert their fundamental rights. 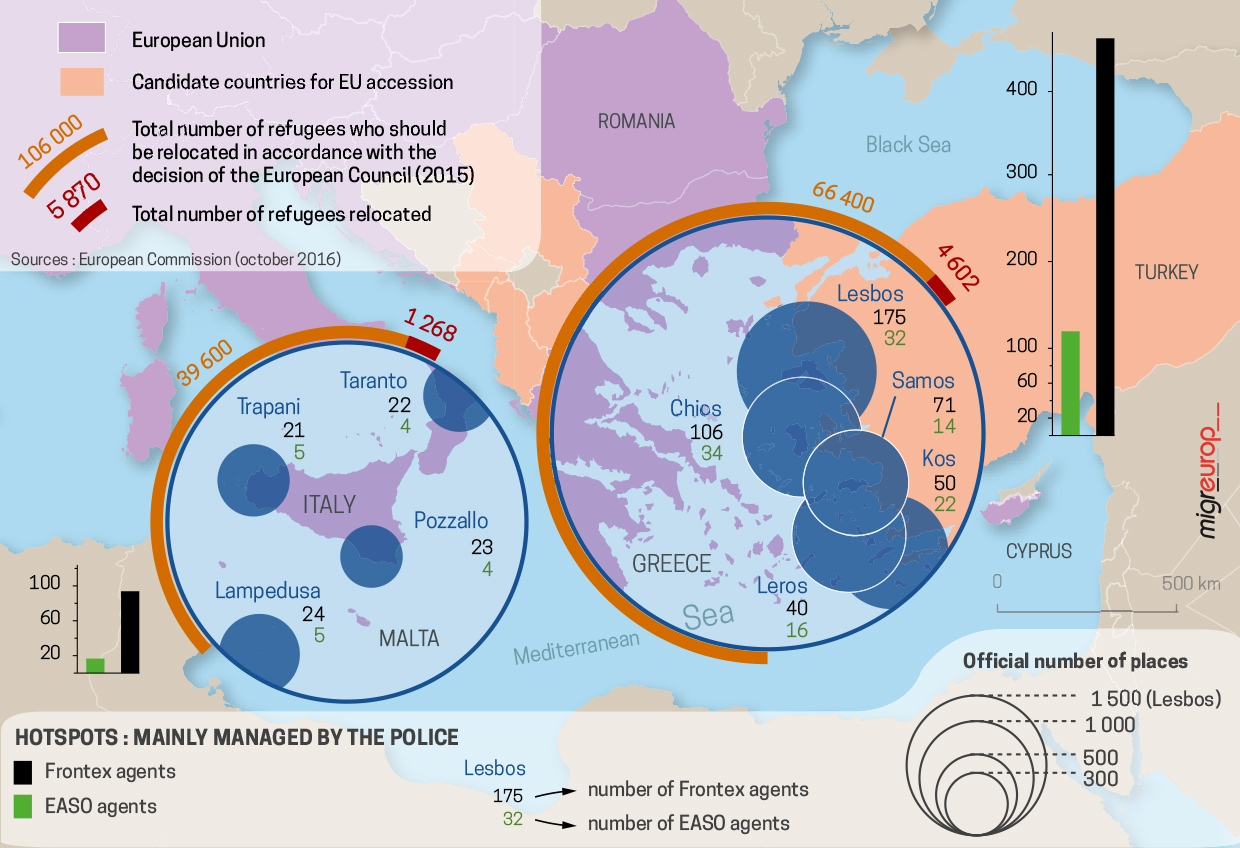