Travelling to discover the world, in search of a better way of life, to join one’s relatives, or seeking freedom… just some of the reasons that drive men, women and children to migrate. These unbelievable journeys across borders, or to join resistance movements in an effort to avoid further detention, are some of the daily realities that face many migrants.

Just as the Frontrex Agency, symbol of the implementation of a security-based migration policy, celebrates its 10th anniversary, the European Commission is encouraging the confusion between rescuing and tightening control, while blaming these situations only on the smugglers. But how much responsibility should the European governments themselves take for the tragedies occurring on the borders of Europe?

The Migreurop network along with its Belgium member associations invite you to a private view of the exhibition Moving Beyond Borders (MBB). This exhibition, designed by the company Étrange Miroir (Strange Mirror), focuses on migrants’ journeys while pointing out the system that renders their journeys so perilous, whether crossing the Sahara, the Mediterranean or even the Eastern borders of the European Union.

Set up as part of Migreurop’s Open Access Now and Frontexit campaigns, MBB is an awareness-building tool, open to the general public, observing migration from both a militant and artistic angle. Its aim is to share knowledge, accumulated over the last 10 years, of the obstacles, injustice and violation of migrants’ rights, as well as to highlight a new vision of the world in which freedom to circulate would be guaranteed to one and all and would be a means of transforming the current social order into a fairer and more just model of society.

This itinerant MBB exhibition offers a multimedia approach to the realities of migration. Maps, to provide an overview of the routes people take and the way in which border control moves and is outsourced. Photographs to illustrate the consequences of security-based management of the migration issue, as observed in Europe and beyond. Soundscapes to accompany the different elements exhibited. The exhibition is made up of five interactive modules, the first three dealing with contemporary facts, while the last modules show two imaginary and opposing scenarios of the potential development in European migration policy.

The exhibition will be open to the public from 13th to 19th June at the Centre Culturel Jacques Franck. Free entrance.

For further information, please see the flyer of the exhibition (in French), the Facebook event and the attached press kit. 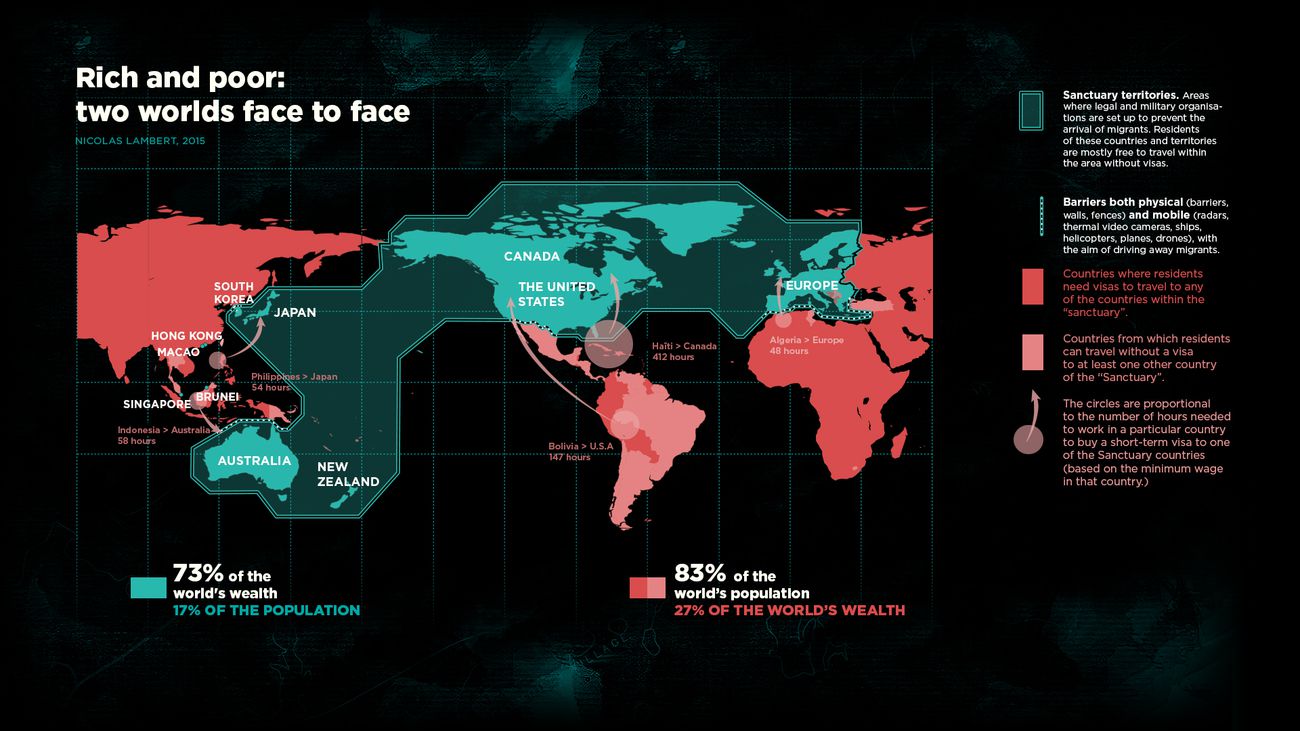