Since the mid-1980s, European countries continue to strengthen immigration controls at their borders, as well as in transit countries. As a result, migrants’ routes become more and more dangerous and the poorest population of the planet is assigned to “house arrest”.

In 2013 it wouldn’t be possible for an Atlas on European Union (EU) asylum and immigration policies to ignore the dramatic situations permanently ongoing at its borders. Every year, hundreds of exiles die, by drowning, by exhaustion, on overloaded boats and along militarized terrestrial borders. Seeking to flee countries in crisis or war, they cannot do it legally because of the repressive migration policies of the EU and its Member States and of enhanced surveillance of European borders, especially South and East. International law is often applied in a restrictive manner, or denied.

In a context of major economic crisis, the situation does not seem likely to improve as for politicians in need of “solutions” the only watchwords are still the militarization of borders and the strengthening of controls. Mass arrests of migrants in the streets of Athens or Rabat testify of this climate that is even more worrying since a number of leaders in Europe and in neighboring countries claim that migrants represent a "danger".

The Atlas of Migration in Europe is a committed Atlas that underlines the inconsistencies and the consequences of migration management in the European Union.

To understand the evolution of the European migration policy, Migreurop gathered information on a reality that is elusive, because of its geographical scale, but also of a desire for concealment by European governments.

A text enriched with unedited maps, charts and photographs. For each of these themes, the Atlas brings together more than one hundred maps, graphics, photographs: documents that allow to understand how borders shift and "outsource", to see the infrastructures at the service control policies and to illustrate the focus on security characterizing the development of migration in Europe and beyond.

A critical assessment of European policies on immigration and asylum in place since the 1980s
– Increasingly problematic release of visa "Schengen";
– Relocation of border controls in neighboring countries (Libya, Turkey and Ukraine)
– Frontex Operations to intercept "illegal" migrants
– Strengthening of walls as in Ceuta and Melilla.

A long-fieldwork with migrants and people held in detention centers

In attachment:
– The invitation to launch of the “Atlas of Migration in Europe. A critical geography of migration policies”, to be held in December 2 2013 at 6pm at Gardern Court Chamber, London
– The Contents and the Introduction of the Atlas

For further information, please visit the website of New Internationalist 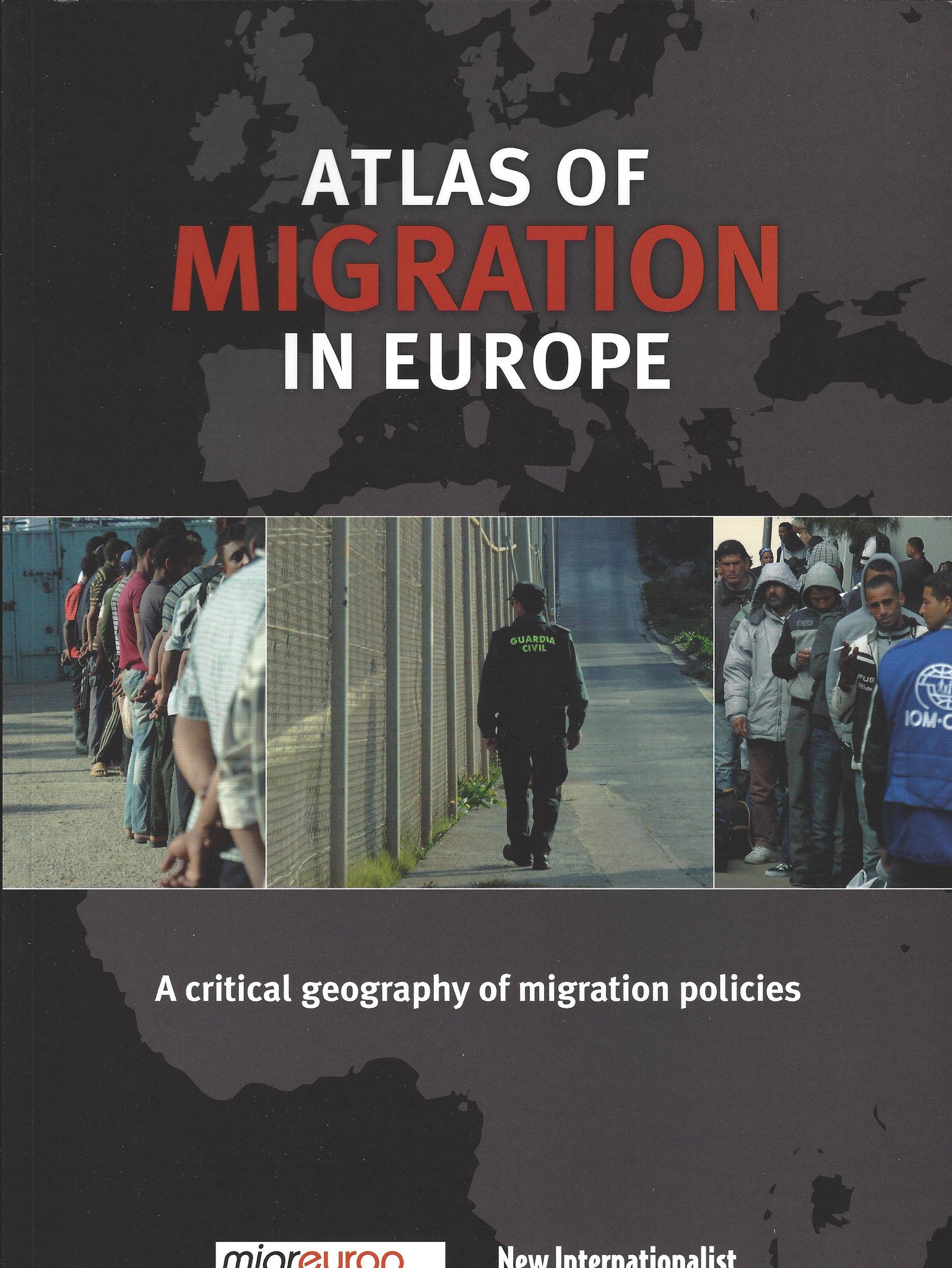