On 24 November 2021, yet another shipwreck claimed the lives of at least 27 people trying to reach the UK from France, adding to the list of more than 300 people who have died since 1999 at this border. [1] Like the Mediterranean, where more than 38,000 migrants have died or gone missing since the early 2000s, [2] the English Channel has been turned into a graveyard by murderous European migration policies.

The horror of this tragedy is compounded by the authorities’ unbearable hypocrisy, and the official regrets expressed on both sides of the Channel no longer fool anyone. On the one hand, because this tragedy was perfectly foreseeable: several alerts had been issued by civil society, as well as by the French National Sea Rescue Society (Société Nationale de Sauvetage en Mer, SNSM). [3] On the other hand, because these deaths, here as elsewhere, are not the result of fate, of bad weather, of the "irresponsibility" of migrants or even of "criminal smugglers", but rather, the direct consequence of the ultra-security-minded and racist migration policies that have been consciously implemented for several decades at European borders. [4] A policy of hostility and exclusion of criminalised exiles which results in trivialised violence against them throughout the exile journey, as a method of dissuasion, and a strategy of letting them die at sea. [5]

Calais has been the symbol of this "hostile environment" for migrants for 20 years. While in the Mediterranean Sea the European Union outsources migration control to turn southern states into Europe’s border guards, on the Channel’s coast it is France that organises racist and dehumanising migration control on behalf of the UK. The mobility of people wishing to cross this border is hindered by cooperation agreements, wire fences, concrete barriers and brutal daily evictions from places of living/survival to avoid the formation of "settlement points".

Police violence, destruction of personal property, prohibition of food distribution, legal battles for access to drinking water, closure of various humanitarian mechanisms initiated by civil society: everything has been tried by the elected, police, administrative and judicial authorities to block the migration route while dissuading exiles from remaining in French territory. The sea has thus become the last possible route for people living in unbearable conditions and persecuted by the police. [6] This includes people who are seeking protection but do not wish to apply for asylum in France for fear of being subjected to a "Dublin transfer" [7] or a deportation order, and who are unlikely to obtain protection in the United Kingdom, which wishes to tighten access to the right to asylum. [8]

As in other periods marked by tragedies of similar magnitude, the European Union, its Member States and the United Kingdom are shirking their responsibilities and persisting in a strictly security-based logic, which has demonstrated its deadly consequences over the past 20 years. The British government has asked France to "take back migrants who have crossed the Channel", [9]] France has called for an EU/UK agreement on immigration [10] and announced the swift deployment of a Frontex aircraft over the Channel 24 hours a day, "to help combat migratory traffic". [11]

Not a word about the protection of people or the respect of rights, there is no longer any question of reception in Europe – the repression of migration has long been the consensus within the EU and among its partners.

It is no longer a question of "raising awareness" about this hecatomb at the borders, but of denouncing and prosecuting the main decision-makers who, particularly since the signing of the Le Touquet agreement in 2003, either by their inaction or by their active policy of repression, and to varying degrees, have participated in the implementation of these murderous migration policies. They bear a heavy responsibility for the tragedies of the past, present and future at Europe’s borders.

Across the Channel, as elsewhere in Europe, it is more urgent than ever to fundamentally redirect European migration policies in order to recognise the right of all people to move freely. This recognition is necessary to finally put an end to the growth of the list of deaths at Europe’s borders. 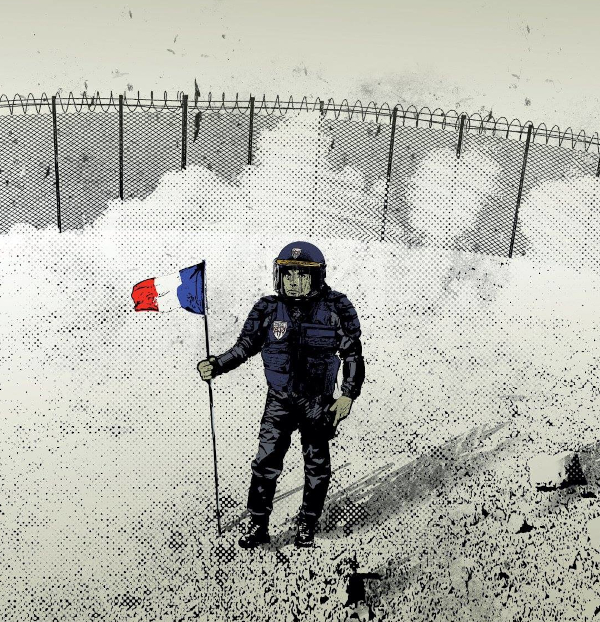 [2] Data base The migrants’ file and OIM Missing Migrants Project.

[5] Deaths and push-backs through calculated non-assistance in the Channel, Calais Migrant Solidarity, 30 November 2021.