Migreurop is part of the Abolish Frontex international campaign, launched on June 9th, to end the mandate of the European border and coast guard agency - a key actor in the EU’s war on people who move - and the EU’s border regime!

Over 740 people have died so far this year 2021 trying to cross the Mediterranean, looking for a place of safety. The EU’s border regime forced them to take dangerous migration routes, often on unseaworthy vessels; it enlisted neighbouring countries to stop them on their way; met them with violence and pushbacks; or refused to rescue them – abandoning them to drown at sea.

Frontex is the European Border and Coast Guard Agency that lies at the centre of this violence. Often hiding away from public scrutiny, over the past months a series of investigations by journalists and human rights groups have put Frontex in the spotlight. Extensive evidence has exposed how the EU’s border force is repeatedly involved in pushbacks and responsible for systemic human rights violations through its operations; involvement in deportations; cooperation with third countries, and role in strengthening EU borders.

Frontex will soon have an army of 10,000 border guards able to own and use firearms. Across and beyond the EU, the agency deploys ships, planes, drones, patrol cars, and radars; it takes active part in deportations; it helps third countries surveil and police people on the move.

The militarised policies of Fortress Europe have killed over 44,764 people since 1993. Drowned in the Mediterranean; shot at borders; died by suicide at detention centers, tortured and killed after being deported – the EU has blood on its hands.

The EU’s border policies are inherently racist and reinforce colonial and capitalist power structures. It’s time to abolish Frontex and the system it represents. Read our demands and take action: abolishfrontex.org 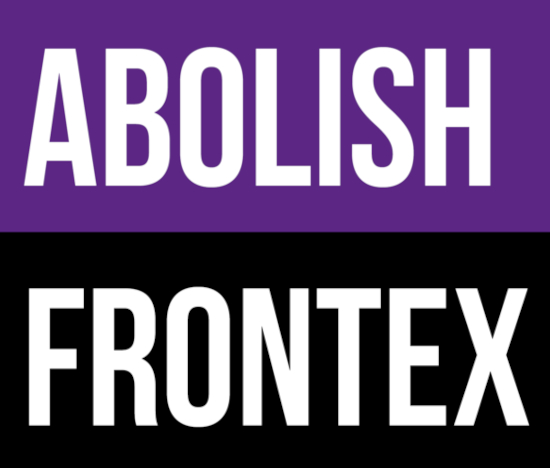