On 4 April 2019, the International Organisation for Migration (IOM) expressed its concern about migrants detained in Libya. This communiqué served as “clarification”, following the position expressed by António Guterres, secretary-general of the UN. Indeed, during a visit to Libya, he had declared himself “shocked” by the fate of the migrants and had launched ‘an appeal to the international community to respect of international refugee law and to deal with the problem of migration in a manner compatible [...] with human rights’.

In its clarification, IOM is nevertheless careful not to incriminate any state, not even that ‘international community’ that was clearly pointed out by António Guterres. For IOM, the detention of people at ‘points of arrival’ is ‘arbitrary’, yet the organisation does not go further than pleading for ‘alternative solutions’ to the detentions carried out by the Libyan government. The support given to the Libyan government by European states eager to find partners willing to execute their policy of externalisation is not even mentioned. IOM is in fact an important component of the range of deterrents and barriers to migration, as advocated by its main donors. Acting without qualms has actually allowed the agency to occupy an ever larger space in the UN system, in which other agencies and bodies have rather shown more regard for human rights.

On 5 April, the secretary-general of the UN declared he was particularly concerned with the ‘safety of migrants in detention at a time of escalation in military action’. The return of military confrontations in the Tripoli region made the fiction of Libya as a ‘safe country’ less and less tenable. But it is out of question not to ‘defend’ the frontiers of countries to the north of the Mediterranean: hundreds of people under the ’protection’ of the OIM are now displaced or sent back to Niger and Nigeria. 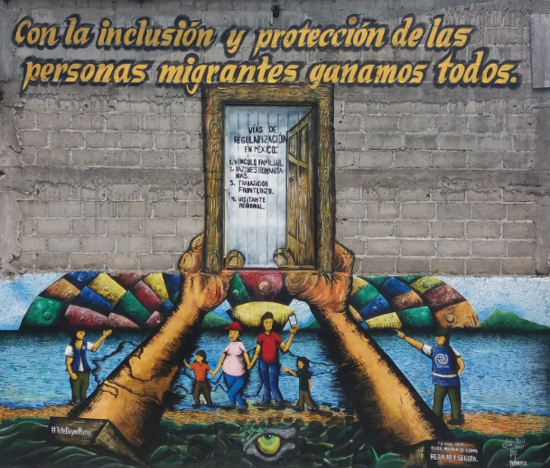