MBB is an educational, interactive and multimedia tool. Designed by the collective of artists Étrange Miroir and inaugurated in Brussels in 2015, it aims to share the knowledge accumulated by the Migreurop network over the last 10 years on obstacles, injustices and migrants’ rights violations in transit countries, at the borders of European Union and in Europe itself.

Created from the analyses and campaigns carried out by Migreurop (Open Access Now, Close the camps and Frontexit), the exhibition immerses spectators in the different stages of the migration project, through five modules exposing the policies of management of migratory movements, detention of foreigners in Europe and beyond, and the externalisation of border control.

"Moving Beyond Borders" aims to promote the fight against exclusionary factors and the precariousness of the most vulnerable people and offers multimedia tools for further reflection:

MOVING BEYOND BORDERS // TEASER from Etrange miroir on Vimeo.

Moving Beyond Borders is an itinerant exhibition: help it to travel !

For those who would be interested in hosting one of the stages of Moving Beyond Borders, please contact Migreurop and Etrange Miroir at the following addresses: contact@migreurop.org and etrangemiroir@gmail.com.

To facilitate its circulation, the exhibition is accompanied by an instructions manual and a technical sheet detailing the assembly, operation and transport; by communication tools and by a guide for preparing and organising thematic and interactive guided visits (tools available in several languages). 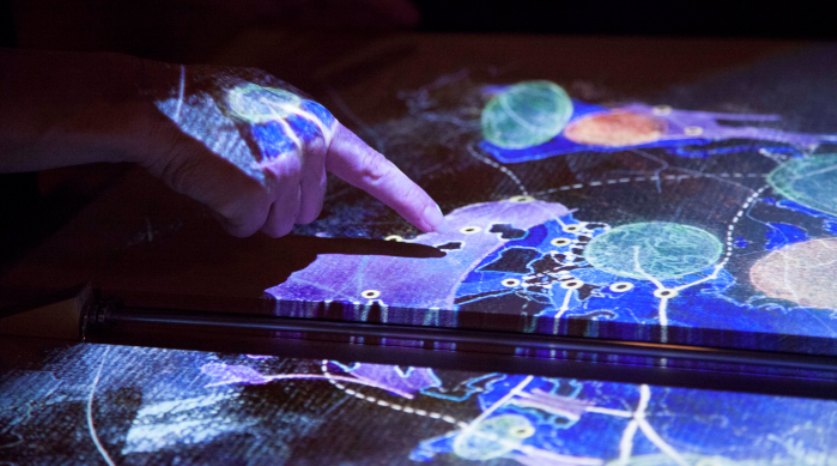