On 5th August 2013 at around 1a.m, 46.6 nautical miles from Libya and 140 nautical miles from Malta, the Liberian-flagged oil tanker Salamis rescues 102 boat-people. This intervention follows Italy’s instructions to assist their vessel in distress. The Salamis continues towards Malta but the army stops it 24 nautical miles from the island. Malta orders the shipping company and the captain of the Salamis [1] to return to Khoms, the vessel’s last port of call and the closest port to the site of the rescue, to disembark the boat-people. The captain refuses and calls for Malta and Italy to accept the migrants, four of whom are pregnant women requiring medical assistance [2].

On August the 6th 2013, the European Commission (EC) orders Malta to allow the migrants to disembark in response to the urgent humanitarian needs of the situation, irrespective of the conflict over responsibility for the boat-people’s search and rescue. The EC recently reminded Malta its obligations with regard to the right to asylum, and in particular the principle of non-refoulement, when the island expressed its intention to push back migrants who had just arrived on its shores [3].

The fate of the boat-people of the Salamis is not an isolated case. According to several press articles, during the same night of the 4th to 5th August, a Turkish boat, the Adakent, followed Italian orders by saving 96 boat-people in the zone designated as the Libyan “Search and Rescue” (SAR) area and disembarking them in Tripoli. On June the 29th 2013, an Italian oil rig rescued 76 Eritreans and returned them to Libya. They were then detained in the Sibrata Mentega Delila camp in Tripoli where conditions are notoriously inhumane. In May 2012, two commercial vessels also assisted boat-people along the Libyan coast and disembarked the survivors in Tripoli [4] once again following instructions from Rome.

These events recall the announcement made by Australia on July the 19th 2013 that it would no longer accept boat-people and would push them back or return them to Papua New Guinea “where they will remain even if their [asylum claim] is accepted” [5]. Are the Mediterranean states in search of a “European Papua New Guinea” where they can offload the boat-people?

– That Malta violates a number of international conventions by labelling Libyan ports as “safe” when numerous reports confirm that migrants in Libya are detained indefinitely in camps where inhumane and degrading treatment is the norm, to the extent that many have died there [6];
– That the Italian justice system has already ruled, following the case of the ship Cap Anamur in 2009, that the captain must be the sole judge of the closest safe port where the boat-people may be disembarked in complete security [7];
– That Libya, in the throes of serious political instability, is not a signatory to the Geneva Convention on Refugees, and is known for offering no real protection to surviving migrants, whether or not they claim international protection id. note 7 For more information, consult the report compiled by FIDH, Migreurop and JSFM entitled “Libya : The hounding of migrants must stop”, November 2012 ;
– That the European Court of Human Rights (ECHR) has condemned Italy, in the “Hirsi Jamaa” case, for pushing migrants back towards Libya in high seas [8]
– That less than a month ago the ECHR urgently suspended the decision of the Maltese authorities to push back boat-people towards Libya;
– That instead of cooperating in the rescue, Italy and Malta continue to reject the possibility of assistance to the boat-people, at the expense of their safety.

We ask for the notion of a “safe port” to be redefined, so that its interpretation is not limited to the immediate physical security of the boat-people but takes into account the risks of refoulement and inhumane and degrading treatment to which the disembarked persons may be exposed.

Boats4People wishes to express its solidarity with the captain of the Salamis, and asks all of the states involved to renounce any attempt at prosecuting the former or any other sailor who helps to rescue any boat-people. 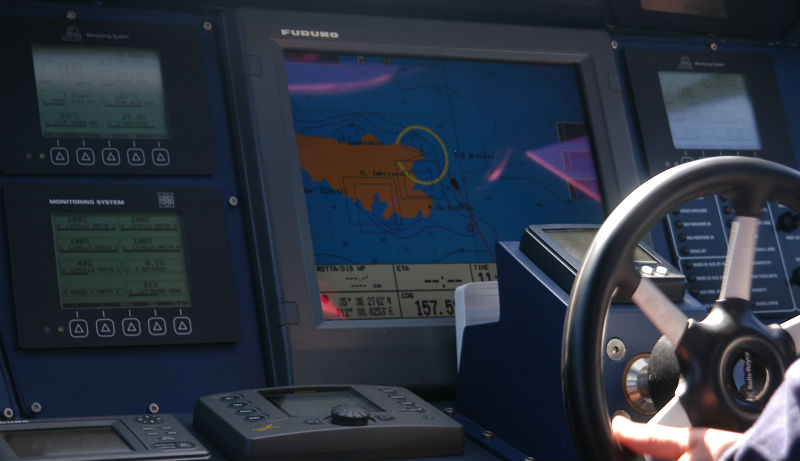 [6] For more information, consult the report compiled by FIDH, Migreurop and JSFM entitled “Libya : The hounding of migrants must stop”, November 2012 available online